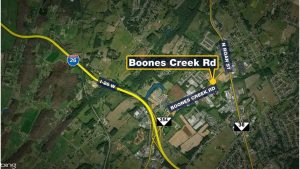 A massive, retail development project, similar to the Bristol’s Pinnacle Retail site could be headed to Boones Creek. The Tennessee Senate passes a bill that could pave the way for a major retail development at the Boones Creek Exit 17 location. Recent studies have shown Boones Creek as a primary location for retail especially high end retail. The bill was brought forward by a group interested in making a development out of the exit 17 site. With approval from the house and senate, the fate of the project will be in the hands of Johnson City Commissioners. The development is expected to require at least 20 million dollars in capital investment and could draw as many as one million visitors annually.