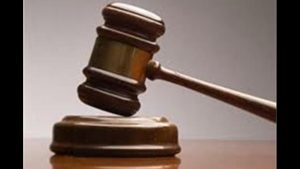 A tentative trial date has been set for a man accused and charged with murdering his 28 year old roommate in 2017 in Bluff City. 33 year old Jeffrey Ray Phillips is charged with killing 28 year old Timothy France. Phillips is accused of beating and stabbing France after an argument. Phillips told investigators he punched France and then blacked out from anger and didn’t remember what happened after that. A tentative one, week, trial date has been set for March 23 of 2020.