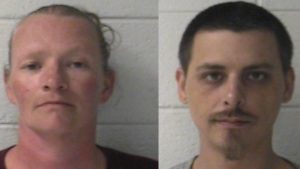 A domestic violence call leads to four children being removed from a Jonesborough, Tennessee home.

The oldest child made the call and it’s alleged that 36-year-old Richard Thayer and Tara White were fighting when Thayer pointed a handgun at Watts’ head.

Thayer was arrested and a further investigation of of the residence revealed unsanitary and unfit living conditions throughout.

A follow up investigation by the Department of Child Services confirmed the initial report. They called the residence a run down farmhouse that was falling apart. Reports of garbage, animal feces and standing water were mentioned.