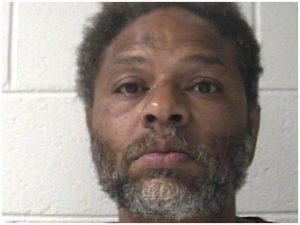 A Jonesborough man is facing aggravated assault charges after allegedly hitting a man with a bamboo stick.

Johnson City Police say they were called to a home on Buffalo Street and conducted an investigation into an assault involving suspect Lorenzo Harrington, 48. It was revealed that Harrington hit the victim in the forehead with the bamboo stick, causing a gouge to his eye. Police later captured the man at a home in Jonesborough and arrested him.