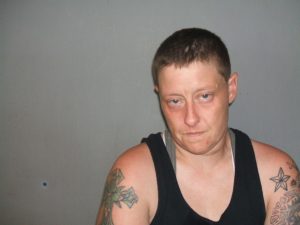 A traffic stop near Abingdon landed two women in jail on assorted drug charges. A report from Sheriff Fred Newman says the driver, Renee Barr, failed to dim her lights when she passed a patrol deputy and was pulled over. A consent search of the car revealed more than $200 in cash and 29 grams of meth. Barr and her passenger, Marla Jo Blake, are being held without bond in the Southwest Virginia Regional Jail.