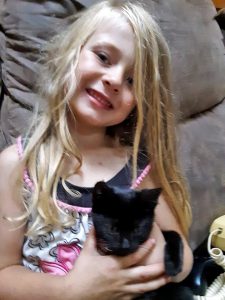 A five-hour search in Southwest Virginia ended with the recovery of the body of a toddler in the New River. 3-year-old Josie Burleson was reported missing after she wondered off from her home in Wythe County. A report from the Sheriff’s Office says her mother Kimberly Moore and boyfriend Neil Puckett were both high on meth at the time of the child’s disappearance. They are both facing charges of felony child neglect and child endangerment. The couple is being held without bond in the New River Valley Regional Jail.
(Photo: Wythe County Sheriff’s Office)