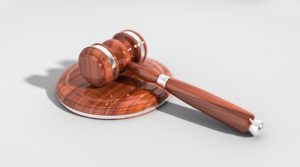 A Newport, Tennessee man has been indicted by a federal grand jury on charges of robbing a Southwest Virginia convenience store at gunpoint. Travis Wayne Day is accused of taking cash during the April 18 heist at the Valero Fast Mart on Highway 16 in Marion. Court documents said ATF investigators were able to identify Day using photos of his getaway that showed Day’s T-shirt which had a logo of a former employer and tattoos on his arm that were both displayed on Day’s public Facebook page. He’s scheduled to be arraigned in U.S. District Court in Abingdon on July 31.
(PHOTO: Pexels)