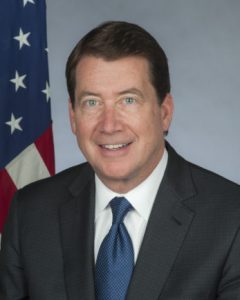 President Donald Trump tweeted on Friday that his U.S. Ambassador to Japan Bill Hagerty is planning a run for US Senate in Tennessee. Hagerty, who was a state election victory chairman for Trump, was chairman of Economic and Community Development during Governor Bill Haslam’s administration. Haslam and Rep. Mark Green both announced earlier this week they are declining a Senate run for the seat that will be vacated in 2020 with the retirement of Senator Lamar Alexander.

PHOTO: (US Embassy and Consulates)