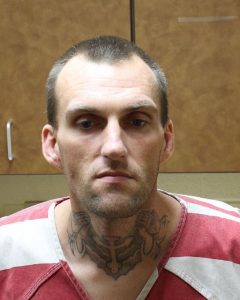 A suspect in a string of break-ins in Carter County has pleaded guilty in Criminal Court and received 12 years in prison. Ricky Dean Ward, 33, was captured following a police pursuit in October and crash that involved a vehicle owned by the city of Johnson City. Following his arrest, he confessed to a number of theft cases that dated back to January 2018. Ward was charged with 12 counts of theft of property and seven counts of burglary.
(PHOTO: Carter County Sheriff’s Office)