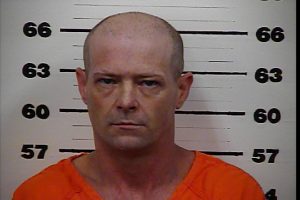 The discovery of a dead body was made while Hawkins County deputies were investigating the call of a possible burglary in Church Hill. A report from Sheriff Ronnie Lawson said the body of a male victim was found inside a home and preliminary details show the remains had been there for an extended period of time and no foul play was suspected. The person hiding in the house, 43-year-old Robert Eric Stine, is facing several charges including aggravated burglary and failure to report the discovery of a dead body.
(PHOTO: Hawkins County Sheriff’s Office)