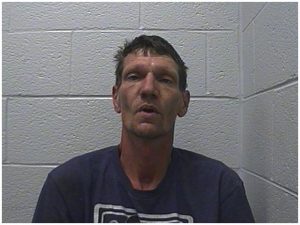 A Sullivan County man is facing charges after police said he threatened a Johnson City store worker with a knife while trying to steal some items. Daniel W. Brown, 39, of Blountville is charged with aggravated robbery following the incident at Walmart on Browns Mill Road. The victim told police they observed Brown trying to exit the business when they confronted him. That’s when Brown pulled a knife and pointed it at the loss prevention officer. He was captured later at a home on Chickasaw Drive. He will be arraigned in Sessions Court and was issued a $10,000 bond.