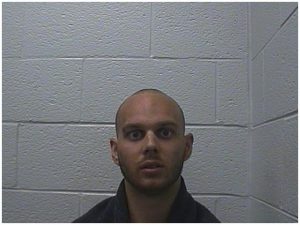 A Johnson City man is in jail after police say he allegedly threatened two individuals with a knife.

Stephen Harris, 25, is charged with two counts of aggravated assault. Police responded to a disturbance over the weekend at a lot on Leeland Road where they found that Harris had left the scene, but learned the two victims, one being the man’s ex-girlfriend were threatened. The victims also told officers that Harris had gotten into a physical altercation with them before fleeing. Authorities shortly after located Harris and arrested him.