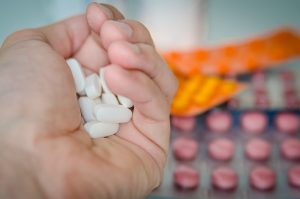 Data compiled by the Drug Enforcement Agency shows a pharmacy in Kingsport was among the top five pharmacies in the state receiving the most opioids over a six-year period. P&S Pharmacy was sent more than 12.2 million hydrocodone and oxycodone from 2006 to 2012. The statistics were made public after The Charleston Post Gazette in West Virginia fought government and drug company officials to gain access to them. Based on those numbers, their were enough opioids prescribed to provide 99 pills to each person living in Sullivan County.