Report: Missing Memphis teen could be in Kingsport 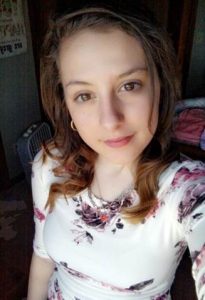 Kingsport police say have credible information that a teenager reported missing in the Memphis area has been seen in the Model City. The report said Chandler Smith, 17, could be in the Lynn Garden community. She was reported missing on July 5. Smith is described as a white female standing 5 feet 2 inches tall weighing 125 pounds with brown hair and brown eyes. Anyone with information on the missing teen can call Kingsport police.