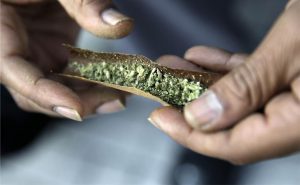 Tennessee officials say they weren’t aware that the state’s pension fund invested stock in a marijuana industry company, despite the state’s opposition to legalizing any usage of marijuana.

Tennessee Treasurer David Lillard says he didn’t know about the investment until the Chicago Sun-Times contacted him asking for information. He says he ordered the pension fund managers to sell the stock.

Lillard also said the state plans to review the process on stock purchases.