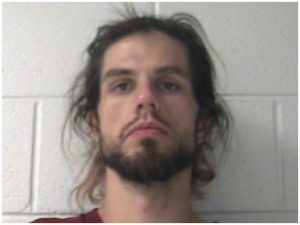 A Pikeville, Tennessee man is behind bars in Washington County after police say he attempted to break into a home and fled from officers.

Johnson City Police have arrested old Jeffrey Miller, 27, on aggravated burglary and resisting stop charges. Authorities say they were called to a home on E Myrtle Avenue for a possible burglary, and when they arrived, they spotted Miller attempting to pry a window open. Miller then fled once spotted by officers, causing a short foot pursuit that ended with him being apprehended.