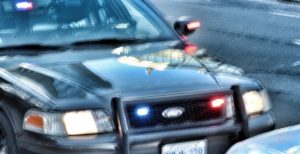 A federal judge has set an October 4 trial date for a Newport, Tennessee man indicted for armed robbery in Southwest Virginia.

Travis Wayne Day was recently arraigned on charges of robbing the Valero Fast Mart in Marion in April. Investigators said they were able to identify Day as the suspect by matching tattoos and a T-shirt featured on his Facebook page with surveillance footage captured during the robbery.