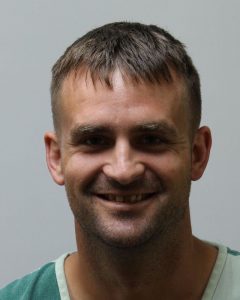 A Johnson City man is facing an animal cruelty charge after the Carter County Sheriff’s Office is notified by shelter officials of a severely-abused kitten that was brought in.

Workers determined that Ryan Garland had forcibly removed the kitten’s claws, shaved the cat’s head and cut off the kitten’s whiskers. A person who visited Garland’s home brought the kitten to the shelter where it was later determined that the animal’s breathing was consistent with a cat either being thrown or kicked.

Garland will be arraigned in General Sessions Court later this month.

The kitten is currently being treated at the Paws of Hope Veterinary Clinic.