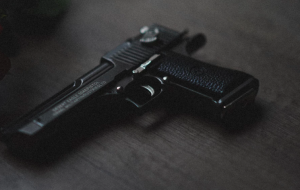 After speaking with witnesses then canvasing the neighborhood, police said two loud noises, possibly gun shots, were heard at around 7:30 a.m. while two vehicles were spotted in the 1200 block of Kings Springs Road.

No physical evidence was found during Wednesday’s investigation, the report said. Anyone with details on the incident can call Crimestoppers at 423.434.6158