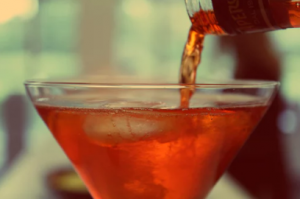 The chief executive officer of Virginia’s Alcoholic Beverage Control says people consuming more mixed drinks is not the reason for another record year in sales that topped over $1 billion.

Travis Hill said that consumers are making more purchases of premium liquors that have a higher price tag. The record profits resulted in $499 million in tax revenue being returned to the state, according to the report.