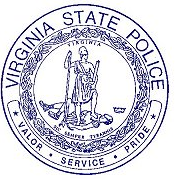 The widows of two Virginia State Police troopers killed in a 2017 helicopter crash in Charlottesville during a white supremacist rally have filed suit against the state seeking $100 million collectively.

The officers were killed while on duty shadowing Gov. Terry McAuliffe’s motorcade. The report said the copter the men were aboard had previous repairs including maintenance following a hard crash in Abingdon.