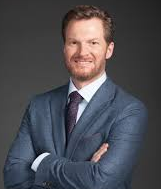 They also announced that Earnhardt will not be a part of their broadcast of the Bass Pro Shops NRA Night Race at Bristol Motor Speedway Saturday night. They said they expect him back in the booth when the series returns to Darlington Speedway where Earnhardt is scheduled to run in the Xfinity Series SportClips VFW 200 on Aug. 31.