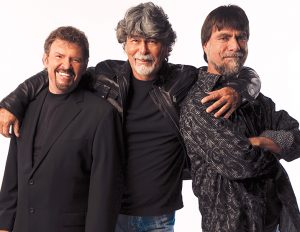 Officials at Bristol Motor Speedway announced Wednesday that the rescheduled Alabama / John Michael Montgomery concert at the Thunder Valley Amphitheater for Sept. 6 has been postponed due to the recovery of lead singer Randy Owen following his treatment for vertigo and cluster headaches.

Representatives for the band issued a statement announcing that the remainder of Alabama’s 50th Anniversary tour dates have been postponed and will announce plans for rescheduling in the coming months. Physicians have ordered Owen off the road until his condition improves, according to the report.