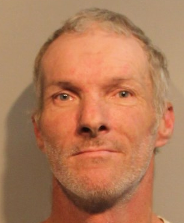 Bobby Allen Thorp, 47, was arrested after an online watchdog group sent Scott County investigators a tip that Thorp was trading sexually explicit photos of children under the age of 10 using Facebook Messenger.

The report from the Commonwealth’s Attorney’s office said Thorp tried to pass off the pictures claiming he bought the computer from someone at the Hog Wild Saloon in Kingsport.