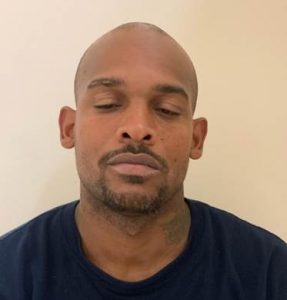 A Gate City, Virginia man accused of robbing a 65-year old woman and hitting her in the face with a handgun has been arrested in Scott County, Virginia.

A report from the Scott County Sheriff’s Office says on Tuesday afternoon, deputies responded to a robbery just before noon. Authorities spoke with a woman who told them that a male dressed in dark clothing took her purse following a brief struggle. The woman alleged the suspect was able to wrestle the purse away from her after he hit her in the face with a handgun.

Virginia State Police and investigators responded to the incident, and following a tip from a witness, they located suspect Torri Sledge at a home on Spring Valley Circle. The purse, which contained large amounts of money and prescription medication was recovered. An interview with a homeowner who was unaware of the robbery mentions that Sledge entered their home, and changed clothes before carrying the old clothes, purse, and gun into the woods.