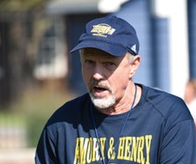 A statement from the school said the reason for Clark’s departure was non-life threatening health issues. Clark was named the coordinator in June by head coach Curt Newsome. Those duties will now be handled by offensive coaches Kevin Saxton and Kamden BeCraft.