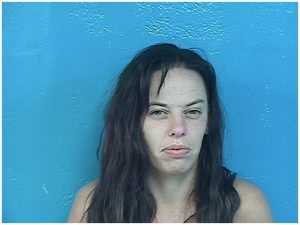 Two more people have been arrested as part of a large ongoing investigation into methamphetamine distribution in Sullivan County.

According to information from the agency, police received word that drug trafficking was occurring at the Travel Inn in Kingsport. The Sullivan County Vice and Narcotics Unit were allowed to search a room Monday evening around 7:00 P.M, that was occupied by Brittany Thompson, 31, and Sandra Vermillion, 45.

Authorities located three ounces of meth, a handgun, several syringes, multiple baggies, and an assortment of paraphernalia. Both were arrested and charged with manufacturing, delivering, selling or possessing methamphetamine, possession of drug paraphernalia, and possession of a firearm during the commission of a dangerous felony.