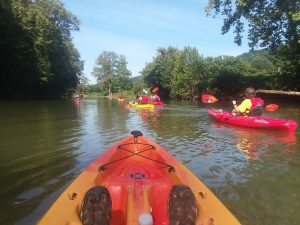 The report produced by Virginia Tech’s Pamplin School of Business concluded the six park locations in the region including the SW Virginia Museum in Big Stone Gap, Natural Tunnel, Grayson Highlands and Hungry Mother have an average impact of $56 million on the local economy. The data also showed that those parks contribute $5.3 million into the county and state coffers in taxes.