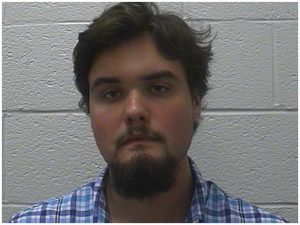 A Johnson City man is in jail on accusations he broke into the Liberty Bell middle school. Jacob Stephens, 21, is facing one count of burglary, stemming from an investigation into a break in on Labor Day at Liberty Bell. Investigators say Stephens took two computers and other computer parts.

Johnson City police found him on Tuesday with the items in possession and was taken into custody. He was taken to the Washington County Detention Center to be held on a $5,000 bond. He will be arraigned in Washington County General Sessions Court today at 1:30 P.M.