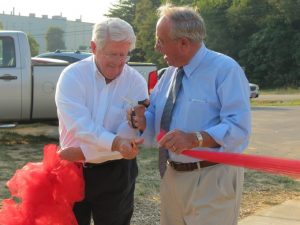 According to a statement from Kevin Morrison, Current Greene County Mayor, Broyles died in a tractor accident on Wednesday. Broyles was a teacher in the Greene County school system, later running and winning election for the mayor’s office between 1990-1998, and then again from 2006-2014.

Morrison says the office extends their condolences to Broyles’s family.

Courtesy of Image: Town of Greeneville