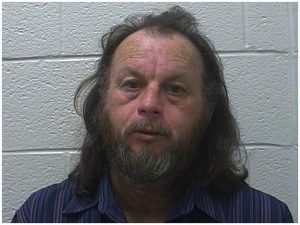 Johnson City Police have arrested a man after they say he helped fabricate a story of a shooting incident.

Matthew Brock, 48, is charged with false reporting and tampering with evidence. Police say Brock and others claimed that an unknown male shot a victim before fleeing during an incident on July 28th. Further investigation revealed that story was not true, but rather Brock attempted to cover for the victim, who was a convicted felon and had accidentally shot himself.