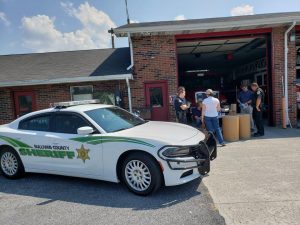 According to the Sullivan County Sheriff’s Office, during yesterday’s event organized by the TBI and Sullivan County Anti-Drug Coalition, they collected around 145 pounds of medication, some of which included fentanyl.

The event was hosted by the Piney Flats and Sullivan West Volunteer Fire Departments.