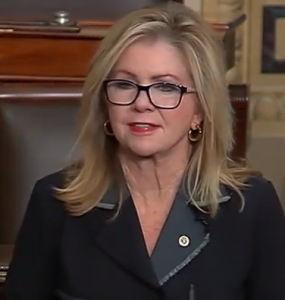 “And now, conveniently a year before the election, here they go again.”

Tennessee Congresswoman Marsha Blackburn speaking from the floor Wednesday and criticizing Democrats for pursuing articles of impeachment against President Donald Trump, calling the announcement the culmination of a witch hunt that began in 2016.

Tennessee Democratic Party chair Mary Mancini issued a statement saying, “If Trump is innocent of inviting a foreign government to manipulate an election, the process will bear that out.”