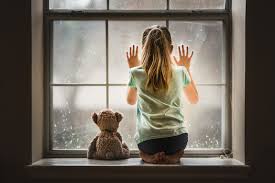 While Kingsport and other communities in the Tri Cities continue to face issues of homelessness, there is a bit of bright news from a report that shows the number of Tennessee Children living in Concentrated poverty has dropped seven percent between 2013 and 2017. Children living in a neighborhood where 30 percent or more of the population is living in poverty is considered a community of concentrated poverty. The report by the Annie E. Casey Foundation also says however, an estimated 200 thousand Tennessee children are still living in poverty.