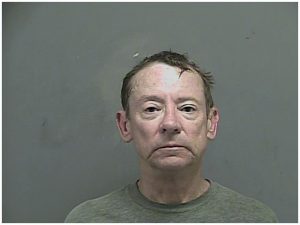 The District Chief Financial Officer for Kingsport City Schools will serve seven days in jail following a guilty plea to a DUI charge in June.

David Frye appeared in Hawkins County court this week, receiving a seven day sentence that will begin Friday evening, along with serving 48 hours of community service, court costs, and probation. In June, Kingsport Police responded to a multi vehicle crash with injuries, and Frye, who was involved in the crash, was said to be unsteady on his feet and smelled of alcohol. A breathalyzer test found his BAC level to be at a .237. In addition to his DUI charge, he was charged with failure to exercise due care, but that charge was dismissed in court. According to officials with Kingsport City Schools, he is still employed. Here is the full statement below:

“We are aware of the situation involving Mr. Frye, who has been keeping us appraised as he progresses through this matter. He remains an employee of KCS and any outcomes related to these events will remain an internal personnel matter.”