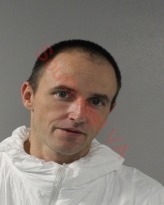 A man pleads guilty to capital murder in Tazewell County on Monday. According to a press release from the Tazewell County Commonwealth’s Attorneys Office, 41 year old Barry Joe Coleman entered the plea after evidence showed Coleman, killed 58 year old Nancy Carolyn Smith with a hunting knife during a robbery of Flanary Storgage in 2015. Coleman entered the business with the intent of committing robbery. He attacked Smith with the knife resulting in her death, then robbed her and the business. Coleman was sentenced to three life sentences with no parole.