Supplier in Hawkins County meth ring gets 19 years in prison 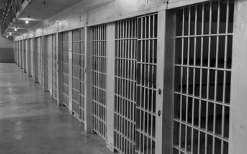 A supplier in a methamphetamine ring that stretched from South Carolina to Hawkins County has been convicted on federal drug charges.

Leonard Wayne Mullinax, 49, of Gaffney, SC, was sentenced to 19 years in prison after federal prosecutors said he provided co-defendant Edward Walters of Surgoinsville with more than 8 pounds of meth in one year. Walters will be sentenced Nov. 20 and will bring the number of people convicted in this case to eight, according to court information.