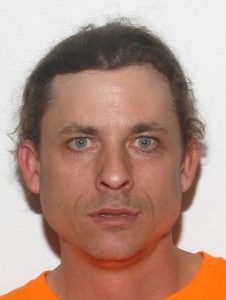 Law enforcement officials continue their search for a convict who fled from authorities near Abingdon Friday morning that resulted in Abingdon High being placed on lockdown.

US Marshals and the Virginia State Police set up a perimeter for George Allen Russ, 42, after he dashed out of a vehicle used in a pursuit that spread over several miles, ending near Rich Valley Road and Toole Creek Road. Russ had reportedly arrived for a probation hearing and their offices learned Russ was wanted in Sullivan County.

Russ fled the scene when deputies pulled in the parking lot. Anyone with information on the whereabouts of Russ can call local law enforcement.