TBI: Newport Couple Allegedly Attempted to Burn Down Own Restaurant 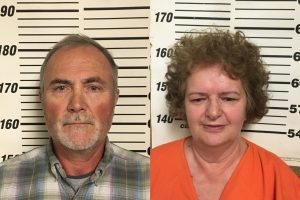 A Newport, TN couple has been indicted by a Cocke County Grand Jury for the alleged attempted arson of their own restaurant.

According to the Tennessee Bureau of Investigation, authorities launched an investigation in January of 2017 of an attempted arson at Brandywine Creek Restaurant in Newport. Investigators developed owners Gary Ridens and Geraldine Ridens as suspects in the case. They formally face charges of reckless endangerment and attempted arson. They are currently being held in the Cocke County jail on a $100,000 bond.