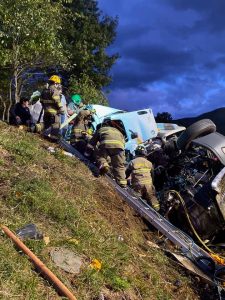 The Virginia State Police has released the name of the driver killed following a tractor trailer crash last week in Smyth County.

The report said that Gretchen Valladares, 27, of Miami, Florida was operating a rig on Route 600 just outside of Chilhowie on Wednesday evening when the vehicle went off the right side of the road and overturned several times before striking an embankment. It took emergency personnel nearly two hours to remove Valladares from the wreckage. She later died from her injuries at an area hospital. The crash remains under investigation.