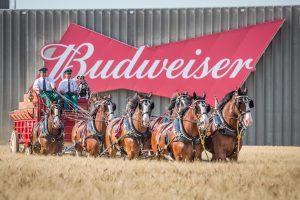 The world famous Budweiser Clydesdales are scheduled to appear in the Tri-Cities in December.

A full schedule of the Clydesdales appearance can be found below: