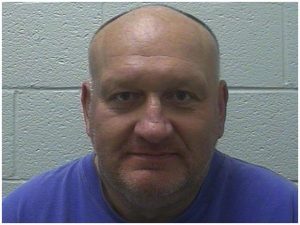 An owner of a Johnson City auto shop is behind bars for allegedly stealing hydraulic lifts.

Johnson City Police say a victim told them that two vehicle lifts were stolen from his building he was leasing to Ralph Wishon, 47. Wishon uses the building for Wishon Auto. The victim said when he first leased the building to Wishon, the lifts were inside, but when he later went to the property, the lifts were not there. An investigation found Wishon sold the lifts to two different individuals. He was arrested over the weekend, and is scheduled to appear for a criminal hearing in court next Wednesday.