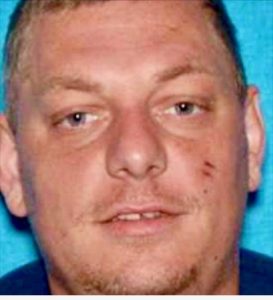 Bristol, VA police have captured a suspect wanted out of Sullivan County on several charges.

According to a news release from the department, detectives received information that Joseph Michael Sayers, 32, was possibly in the area of Kings Mill Pike. Authorities located Sayers in a Green Honda CRV on Kings Mill Pike and attempted to stop the man, before Sayers took off. The man eventually pulled over on Old Airport Road, where he allegedly kicked two officers before being taken into custody. He was charged with being a fugitive from justice, and was taken to the Bristol, VA jail where he is being held without bond.