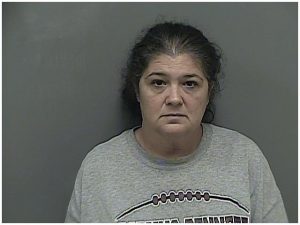 An instructor assistant, priorly employed by Kingsport City Schools, is in jail for an alleged inappropriate relationship with a juvenile.

Court documents say an investigation started in June into allegations against Cornelia Durham, 49, that she was having a relationship with a 15 year old. Investigators say text messages were recovered between Durham and the juvenile that alluded to a relationship. An affidavit says Durham admitted to kissing the juvenile as well as buying him alcohol. Andy True, Kingsport City Schools Assistant Superintendent, tells Supertalk the instructor worked at Robinson Middle School, and was suspended the day the system was notified of the investigation. Durham resigned the next day.

She is due in court on December 12th.