Report: Joe Biden to stump for candidates in Virginia on eve of Election Day 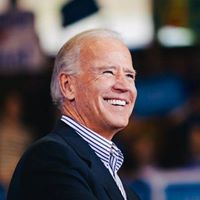 The visit comes as both parties vie for control of the General Assembly which now has a Republican majority. The races are being closely watched by political analysts—some of those who view as a test for President Donald Trump and the GOP for the 2020 elections. Virginia is one of only four states where statehouses are up for grabs next Tuesday.