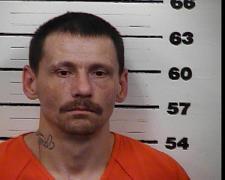 A Hawkins County man is charged after investigators said he held a woman against her will at her home.

Dallas Lee Collins, 38, of Treadway, is charged with kidnapping, aggravated domestic assault, reckless endangerment, and two other charges following the altercation in Mooresburg. The victim told police that Collins pulled her into a vehicle, refused to let her go, and then when she broke free, she fell to the ground and Colllins ran over her foot, causing her injury. Collins will be arraigned in Sessions Court.