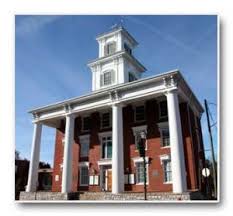 Unofficial results show voters in Washington County Virginia have rejected a controversial courthouse referendum that would have moved the historical building to a former K Mart location at an estimated cost of 30 million dollars. Voters rejected the measure by a nearly two to one margin as just over sixty nine percent of voters said no to the proposal. There will also be a a new sheriff in Washington County Virginia for the first time in twenty years. R. Blake Andis will replace retiring sheriff Fred Newman as Andis defeats three other candidates by receiving 51 percent of the vote. And Josh Cumbow, has defeated former Washington County Commonwealth’s Attorney Nicole Price in the Commonwealth’s Attorneys race by receiving 54 percent of the vote.