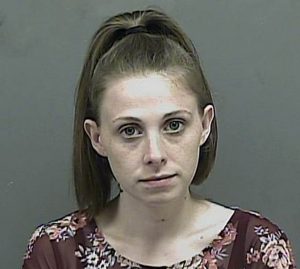 A second suspect involved in a 2018 murder case in Kingsport has been sentenced to four years in prison.

According to Sullivan County District Attorney Gene Perrin, Chandryia White pled guilty last week to charges of accessory to murder after the fact, robbery, tampering evidence, and simple possession. Investigators determined she was the girlfriend to Corey Lee Moore, who was found guilty in the robbery and murder of Timothy Gilliam. Police say she had prior knowledge through text messages that Moore was going to rob Gilliam, in addition to helping aid Moore in avoiding capturing, as well as lying to investigators about the case.

Corey Moore was sentenced in July to life in prison for the April 2018 incident at the Model City Apartments near West Stone Drive.