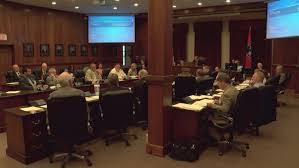 A short term solution to a severe overcrowded Sullivan County jail, that calls for the early release of non-violent criminals could ease that situation and save the county some money.

“If we get 100 inmates out, that’s over one million dollars a year in savings for the county. So you are pretty much making money in savings, and it’s a pretty good investment I think,” Sullivan County Sheriff Jeff Cassidy said.

Meanwhile, county commissioners will be considering Sheriff Cassidy’s proposal at its next full commission meeting and Commissioner John Gardner says county officials are hoping to get a look at a jail facility near Atlanta.

“That would give some of the commission and the Sheriff the opportunity to go see an actual structure that resembles what MBI is suggesting that we look into for Sullivan County,” Gardner said.

Sheriff Cassidy says the cost of the short term solution of early release is said to be in the neighborhood of a half million dollars.