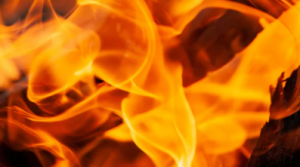 Three people in Johnson City escaped injuries but two of the family’s dogs did not make it our alive after a fire broke out Tuesday night. Three engines, two ladders, two district chiefs and EMS support responded to the fire around ten fifteen Tuesday night at 1912 E Myrtle Avenue in Johnson City. Upon arrival firefighters were met with flames and smoke coming from the rear of the home. Three occupants were able to get out of the blaze and were able to rescue three of their dogs. The fire totally destroyed the home. No firefighters were injured and the cause of the blaze is still under investigation.